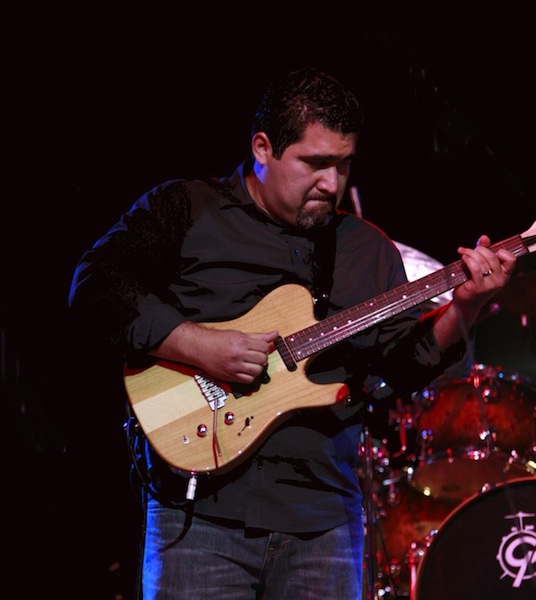 David Martinez, born in Guatemala, began playing guitar at the age of 13. At the age of 20 he auditioned for Berklee College of Music in Boston, Massachusetts and received two scholarships: The World Scholarship Tour and the B.E.S.T.

After completing his studies at Berklee David relocated to Los Angeles where he had the opportunity of playing and recording with a wide variety of world renowned artists and bands such as Abraham Laboriel, Justo Almario, John Peña, David Garfield, Christafari and many others.

As a musician David has participated in many concerts and recordings in countries such as United States, Canada, Mexico, Dominican Republic, Guatemala, Argentina, England, Sweden, Finland, Germany, Netherlands and Denmark.

In addition to his musical participations David has had the opportunity of teaching numerous workshops. He has also participated in the academic direction of several musical schools in Guatemala, Providence (RI), Boston (MA), Los Angeles, (CA), North Hollywood (CA) and Ciudad Juarez (Mexico). In his role as professor he concurrently developed educational material for the various academics such as books for studying of guitar and contemporary harmony.

David resides in Los Angeles, California and is currently performing his album “By Hands” a unique blend of Smooth Jazz and Fusion style.  David is also working on a new project scheduled for release Winter 2016.