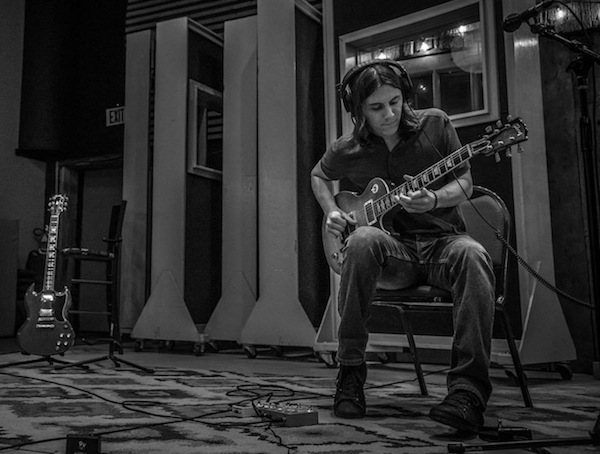 At the age of 16, Drew Smithers attended his first Allman Brothers concert – at one of their famous Beacon-run shows. Shortly thereafter, he enrolled in Columbia College in Chicago to study music. There, he played guitar for a blues group that consistently played around town, eventually opened for B.B. King, and honed his talent of slide guitar. After graduation, he moved to Nashville, TN where he has been spending his time gigging with numerous acts and doing a lot of studio session work. He conceived and wrote much of the music for the instrumental project The Bedrock and has since joined Bishop Gunn, an exciting up-and-coming rock n’ roll band from Natchez, MS. Drew’s Analog Alien pedals of choice are the Rumble Seat and the ABS. Here’s a great photo of Drew, in the studio, with the Rumble Seat at his feet.