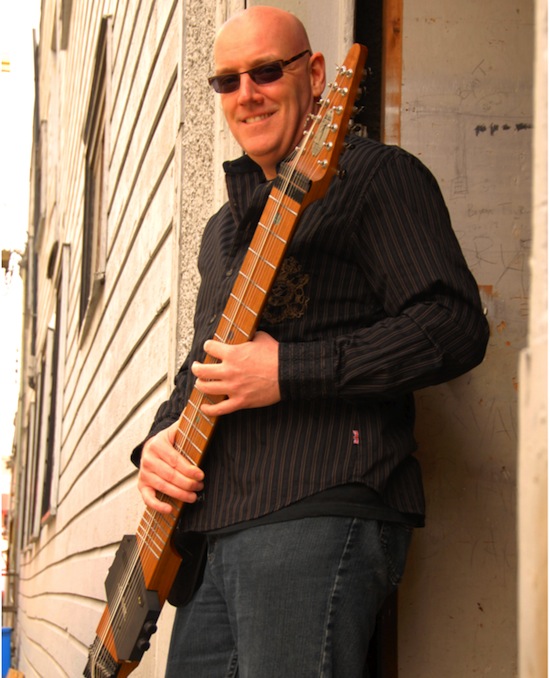 Analog Alien guitar pedals are not only for electric guitar players. Many musicians, from acoustic guitar players to upright bass players, have incorporated our pedals into both their studio and live performances. Even keyboard players such as the legendary Stevie Wonder use our pedals in ways that they weren’t originally intended to be used.

The Chapman Stick is without a doubt one of the most interesting and innovative designs in musical instrument history. At first you would think that playing this instrument would require it to be strummed, similar to playing a guitar. But in order to produce a sound from the Stick, it has to be tapped, not strummed. When playing the Stick, you have to take more of a piano playing approach, rather than a guitar playing approach.

I have been infatuated with the Chapman Stick ever since I first had the opportunity to play one back in 1981. So when Stick player extraordinaire Jim Meyer walked into the Analog Alien booth at the 2017 Winter NAMM show this year, I was thrilled, impressed, and downright excited, to say the least. Stick players are not shy about incorporating guitar pedals and other effects into their signal chain. Jim was drawn to our pedals right away. When I demoed them for Jim at the NAMM show he became an Analog Alien artist right on the spot, and we were only too happy to have him on board. Currently, Jim uses two of our pedals in his lineup: the Alien Bass Station and the Rumble Seat. He has told us that they have become an integral part of his sound, both on stage and in the studio. Here’s what Jim has to say about our pedals…

“With separate Bass and Melody outputs, the Chapman Stick has unique effects requirements – a challenge in terms of sound quality and pedal board real estate.  The guys from Analog Alien Guitar Pedals have really helped out here.  The Alien Bass Station, with it’s compressor, amp modeller and fuzz effect, is now the bulk of my bass tone – in one pedal!  On the melody side, the overdrive, delay and reverb of the Rumble Seat sound great in any combination, and the delay and reverb play very nicely with my other effects.  These two pedals make for a great compact setup!”  – Jim Meyer 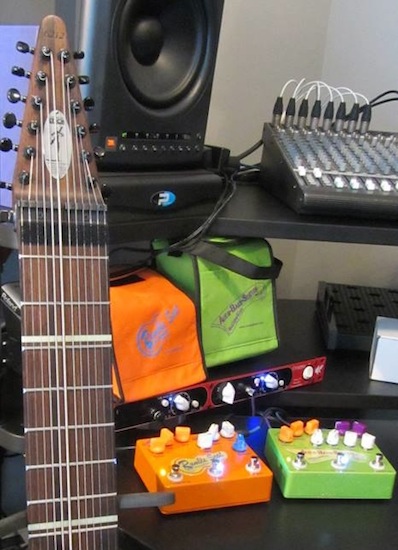 The Stick Enterprises feature on Jim Meyer in 2015: