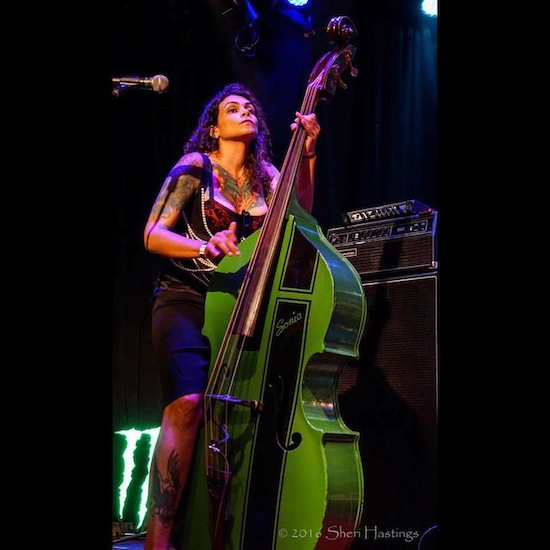 Sonia Sanchez is an upright bass player, singer-songwriter, and electrical engineer based in Los Angeles, CA.  She accompanies Christopher Ameruoso in his Swamp Rock Music project and currently leads her own band, AM Radio Hits, playing a bright green upright and singing originals (and songs co-written by her mom) with a rockabilly-country-surf-punk sound. Sonia frequently plays at the Ultimate Jam Night at the Whisky-a-Go-Go in Hollywood, CA, and has shared the stage with several well-known musicians such as Lita Ford, Mitch Perry, Joe Retta, and Matt Starr. With a colorful array of tattoos, Sonia has had a few television appearances (LA Ink and Tattoo Nightmares) and has appeared in Inked Magazine.

Sonia’s Analog Alien pedal of choice is, as you may have guessed, the ABS.