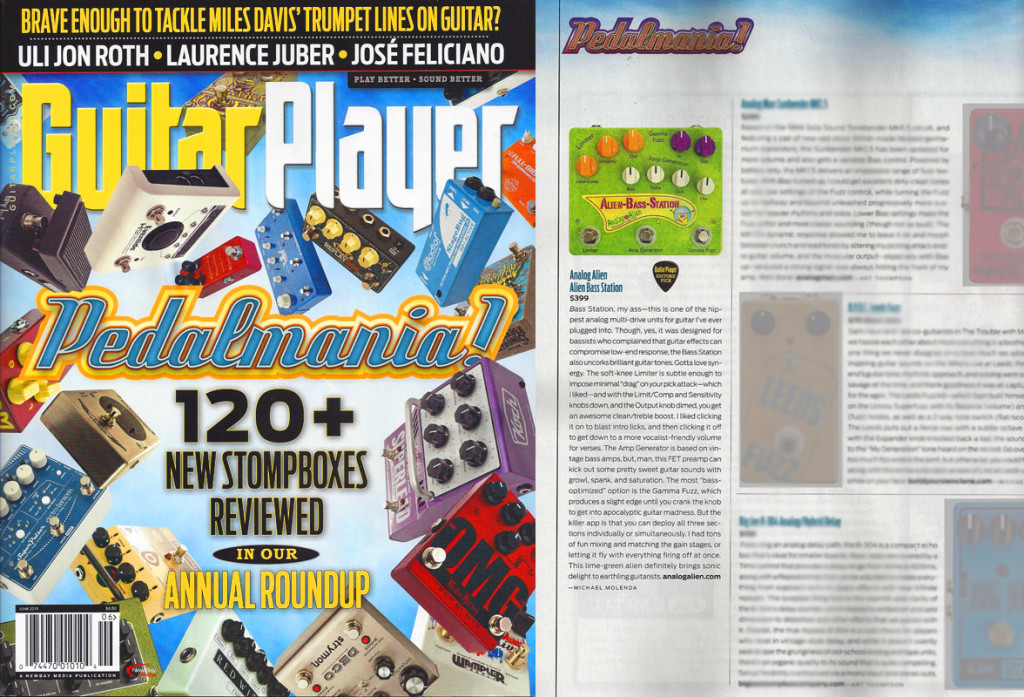 JUNE 2015 GUITAR PLAYER MAGAZINE EDITOR’S PICK – ALIEN BASS STATION
Michael Molenda of Guitar Player Magazine says, “Bass Station, my ass – this is one of the hippest analog multi-drive units for guitar I’ve ever plugged into. Though, yes, it was designed for bassists who complained that guitar effects can compromise low-end response, the Bass Station also uncorks brilliant guitar tones. Gotta love synergy. The soft-knee Limiter is subtle enough to impose minimal “drag” on your pick attack – which I liked – and with the Limit/Comp and Sensitivity knobs down, and the Output knob dimmed, you get an awesome clean/treble boost. I liked clicking it off to get down to a more vocalist-friendly volume for verses. The Amp Generator is based on vintage bass amps, but, man, this FET preamp can kick out some pretty sweet guitar sounds with growl, spank, and saturation. The most “bass optimized” option is the Gamma Fuzz, which produces a slight edge until you crank the knob to get into apocalyptic guitar madness. But the killer app is that you can deploy all three sections individually or simultaneously. I had tons of fun mixing and matching the gain stages, or letting it fly with everything firing off at once. This lime-green alien definitely brings sonic delight to earthling guitarists.” 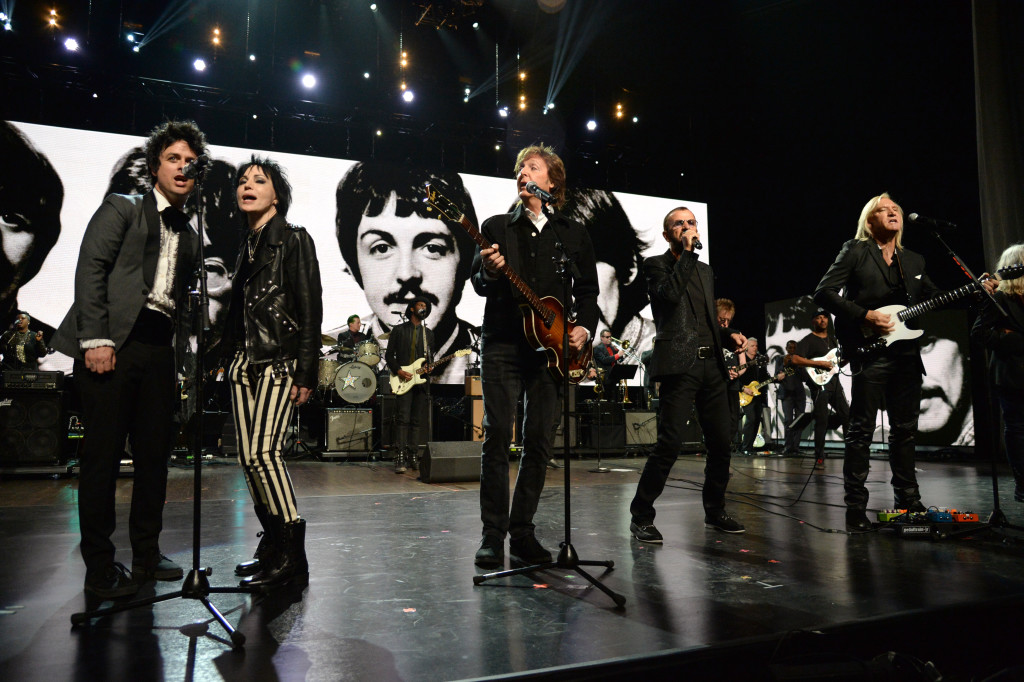 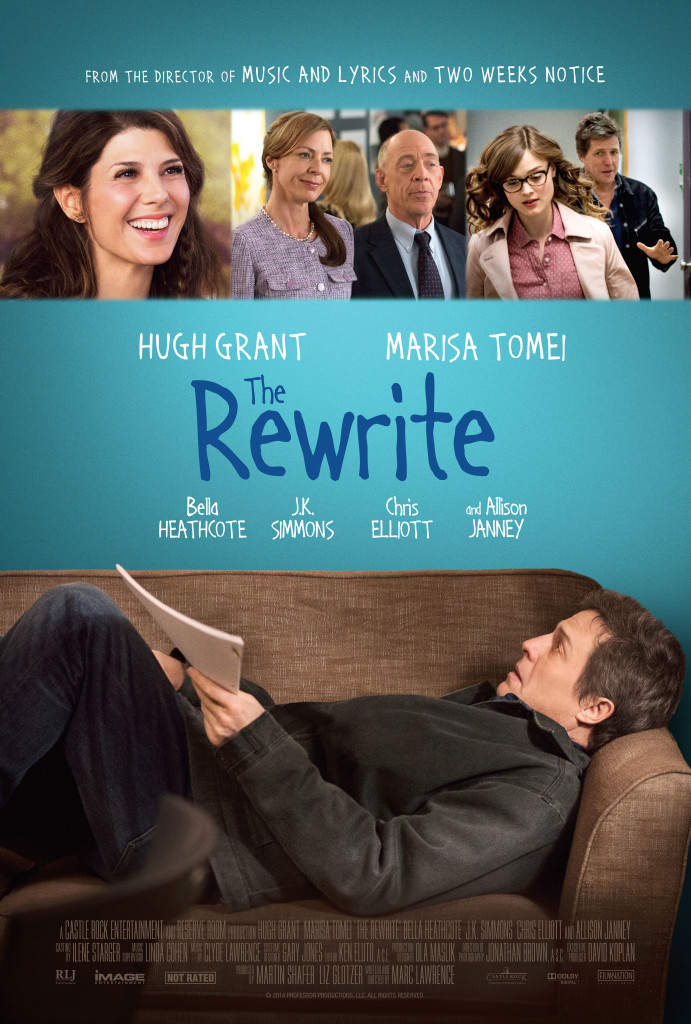 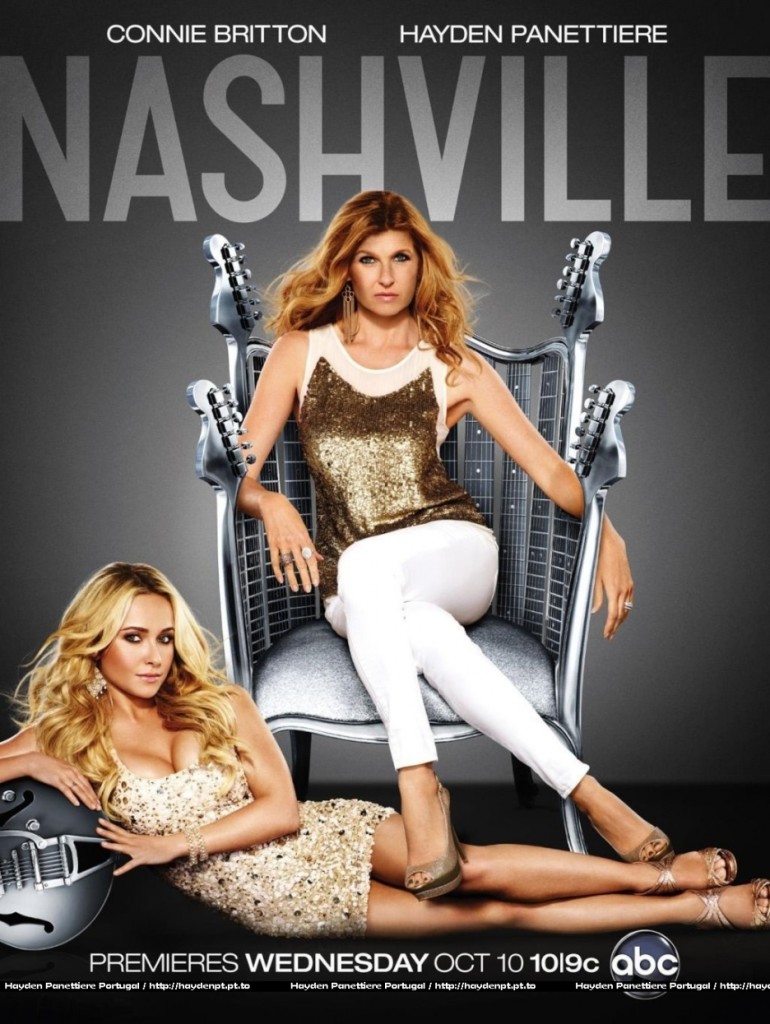 ABC NETWORK’S PRIME TIME TELEVISION SERIES NASHVILLE -SEASON 3
“This company has such a fantastic aesthetic and I just can’t wait to try the rest of their pedals.” – Colin Linden, after using our RumbleSeat 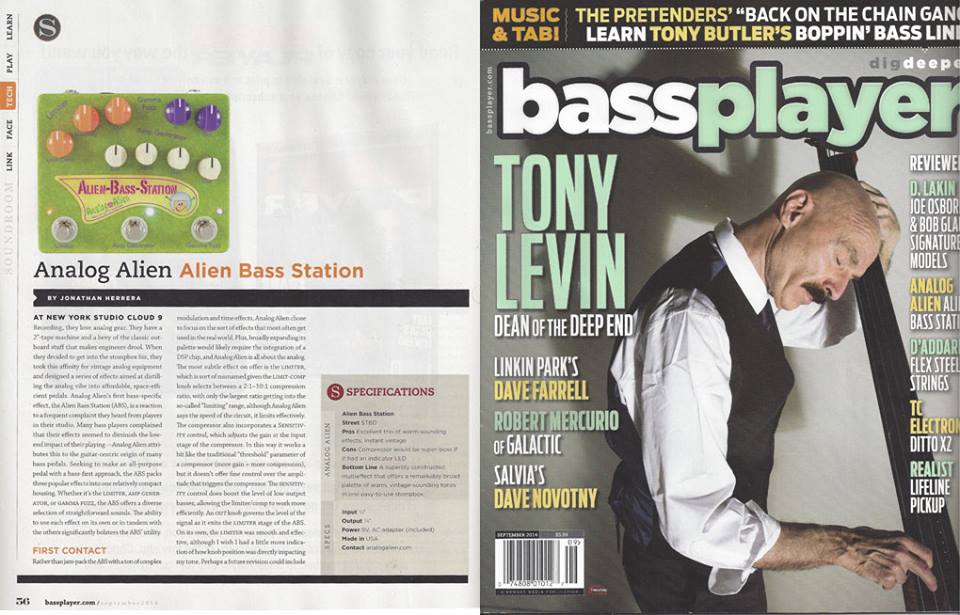 A superbly constructed multi-effect that offers a remarkably broad palette of warm, vintage-sounding tones in one easy-to-use stompbox. 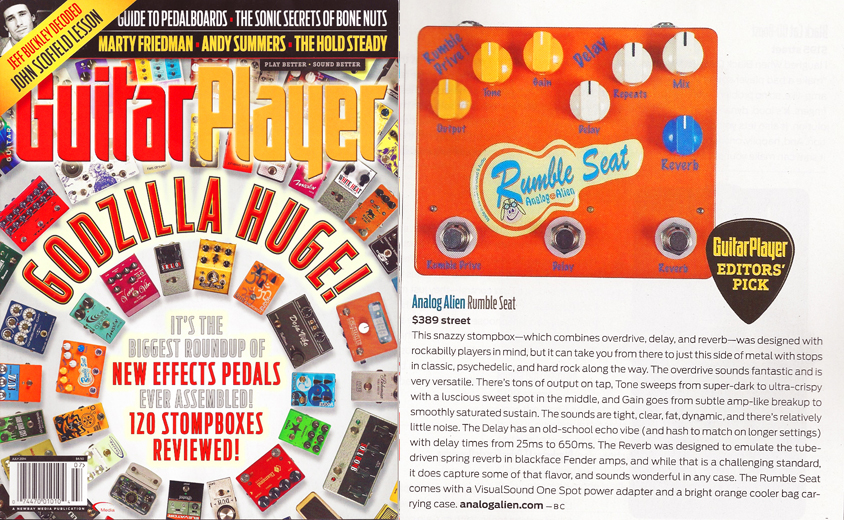 JULY 2014 GUITAR PLAYER MAGAZINE EDITOR’S PICK – RUMBLE SEAT
Guitar Player Magazine says “This snazzy stompbox – which combines overdrive, delay, and reverb – was designed with rockabilly players in mind, but it can take you from there to just this side of metal with stops in classic, psychedelic, and hard rock along the way. The overdrive sounds fantastic as is very versatile. There’s tons of output on tap. Tone sweeps from super-dark to ultra-crispy with a luscious sweet spot in the middle, and Gain goes from subtle amp-like breakup to smoothly saturated sustain. The sounds are tight, clear, fat, dynamic, and there’s relatively little noise. The Delay has an old-school echo vibe (and hash to match on longer settings) with delay times from 25ms to 650ms. The Reverb was designed to emulate the tube-driven spring reverb in blackface Fender amps, and while that is a challenging standard, it does capture some of that flavor, and sounds wonderful in any case. The Rumble Seat comes with a VisualSound One Spot power adapter and a bright orange cooler bag carrying case.”

STEVIE WONDER PERFORMANCE FOR THE GRAMMY SALUTE TO THE BEATLES
On February 3rd 2014, STEVIE WONDER used our Rumble Seat in his performance of “We Can Work It Out” at the 50th Anniversary special of The Beatles: The Night That Changed America televised feature aired on CBS Network. 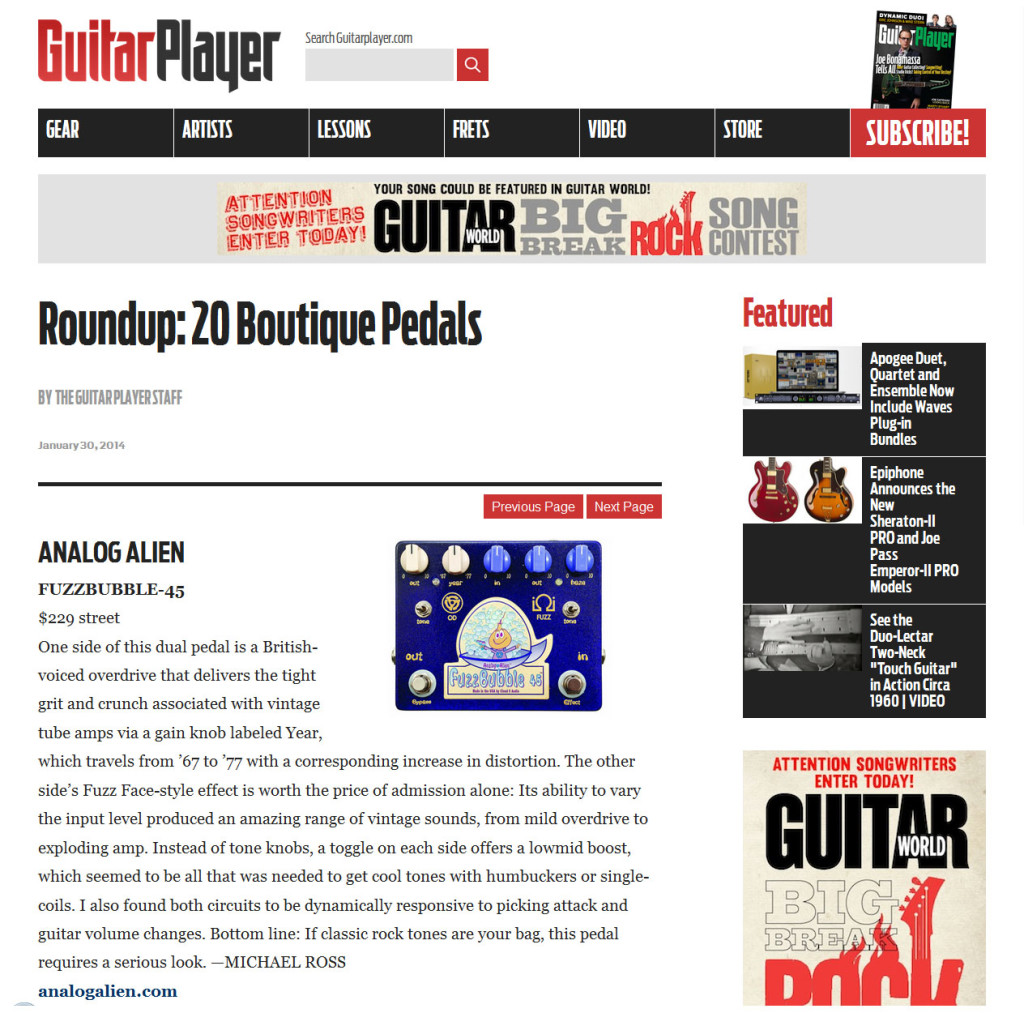 JANUARY 2014 BOUTIQUE PEDALS IN GUITAR PLAYER MAGAZINE
Michael Ross writes, “One side of this dual pedal is a British-voiced overdrive that delivers the tight grit and crunch associated with vintage tube amps via a gain knob labeled Year, which travels from ’67 to ’77 with a corresponding increase in distortion. The other side’s Fuzz Face-style effect is worth the price of admission alone: Its ability to vary the input level produced an amazing range of vintage sounds, from mild overdrive to exploding amp. Instead of tone knobs, a toggle on each side offers a low-mid boost, which seemed to be all that was needed to get cool tones with humbuckers or single-coils. I also found both circuits to be dynamically responsive to picking attack and guitar volume changes. Bottom line: If classic rock tones are your bag, this pedal requires a serious look.” 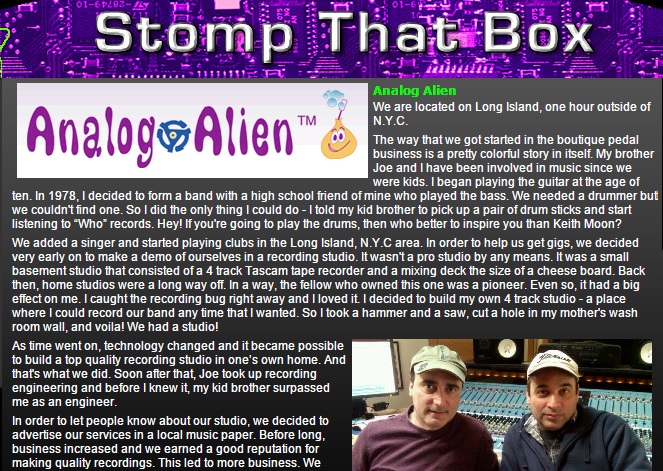